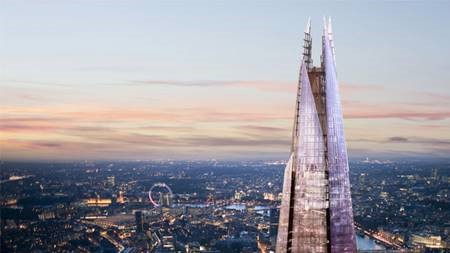 From Tear Drops to The Shard

Having been instructed to find buyers for two major glass tempering plants in the last year, it is not unreasonable to consider ourselves well experienced in valuing and selling glass processing machinery.

The first assignment took us into Kent and we undertook a RICS valuation of the business and assets, it was hoped that a buyer for this whole glass processing facility might be found. After much negotiation and deliberation, the various companies that had expressed an interest felt unable to take on the risk of such a large operation. We were therefore instructed to sell the vast array of glass processing machinery by online auction. A very successful sale with over 400 lots followed with Buyers attending from all over Europe, and many machine’s being exported to Ireland.

The main glass tempering furnace, used mainly for tempering architectural glass panels such as the 11,000 panels used on the Shard, was some 40 metres long and made by leading Italian manufacturer Mappi, it had been installed and used in the Kent facility for just 18 months. With a further comprehensive marketing period of two months Marriott & Co. found it’s Buyer by private treaty. We oversaw the furnace’s safe dismantling and removal from the UK site to its new home in Germany.

The second plant we were instructed to sell was even larger at 55 metres long and manufactured by Cooltemper, it comprised two main furnaces, the only one of its kind in the UK, and was sited this time in Essex. It was considered that this plant may best suit the American market. However, the Marriott & Co. marketing found the plant it’s new home less than an hour away and it therefore remained in the UK. This furnace was mainly used for tempering thinner glass for double glazed units.

In both cases the plants were sold for six figure sums. The client, a finance institution, was very pleased that Marriott & Co had managed to limit its potential losses by finding appropriate buyers in the short time scales, following bespoke marketing campaigns.

Whether a single asset that is best sold by private treaty, or a complete production facility whereby the best sale would generally be an online auction in lots, Marriott & Co will provide best advice to maximise realisations for all of our clients’ assets.

The glass tempering process works by compressor convection technology, first heating the glass to vast temperatures and then cooling very quickly. The glass becomes several times stronger than ordinary glass and can be used safely for many purposes. It is thought that ‘Prince Rupert’s drops’ were the first form of toughened glass, created by dripping molten glass into cold water to form toughened glass beads. The process creates residual internal stresses and counter-intuitive properties. Named after Prince Rupert of the Rhine who brought them to the UK in 1661, where the Royal Society of London then performed scientific studies on the properties of the drops. 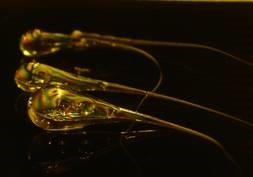