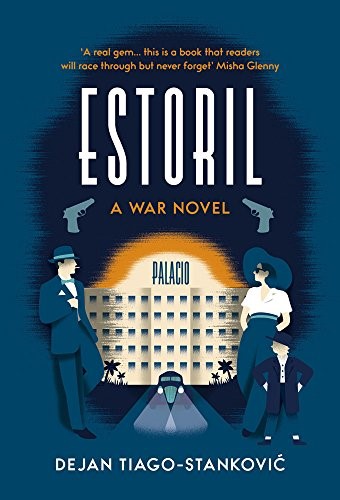 Neither Shaken nor Stirred

Whilst recently holidaying in Portugal, I found myself one damp lunchtime sipping a rather potent ‘007 Martini’ in the opulent ‘spies bar’ at the Hotel Palacio in Estoril, my mind drifting into Bond film memories of double agents, casinos and Aston Martins.

Apart from it being a wonderful destination, I am here because this hotel’s image is on the front cover of a book currently being read by my partner and whilst we had our holiday base in Lisbon, it seemed rude not to take the short journey to Estoril. It’s where, I understand Ian Fleming, an intelligence officer in the Royal Navy stayed during the second World War whilst devising ‘Operation Golden Eye’, and it is situated next door to the Estoril Casino a favourite haunt of Mr Fleming, hence Casino Royale was born.

Because of Portugal’s neutrality in the war, several royal families went into exile in Estoril, which evidently became known as the “Coast of Kings”.  The Hotel Palácio was the chosen home of members of European royalty and was also the place for British and German spies, who could often be found in its bar. I understand Graham Greene would also stay here. The intrigue and espionage inspired novelists and filmmakers and the Hotel served as the set for the movie “On Her Majesty’s Secret Service”. 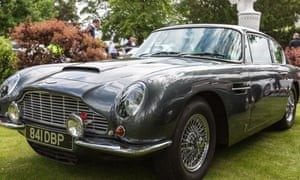 In August 2019 one of the Bond DB5’s was sold by auction, achieving $6.2m at the world’s biggest classic car auction in California. Once owned by the JCB billionaire Lord Bamford, it became the world’s most expensive DB5. However in the same auction a 1994 McLaren F1 sold for $19.8m, so the DB5 might be considered something of a bargain!

Whilst Marriott & Co would generally leave the real classic cars to the experts in that field (some of whom we have teamed up with for valuation purposes in the past), we have experience selling Aston Martins and will always be ready to auction your company cars and vans. We fully expect that you will not be either shaken or stirred by the results we achieve!